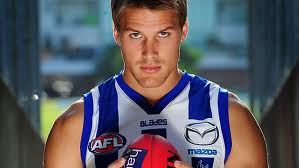 For those who like their AFL, plus a cryptic kink, then may I remind you that Footy Almanac is resuming its DA puzzle series, with three clues per week. Make it part of your surfing week.

Second, my News Clue continues on Radio National’s Sunday Extra, where a name salvaged from the week’s press gets pretzeled into wordplay. Usual time is 745am Sundays, or try the podcast. And this week, for an Easter variation, host Jonathan Green will be quizzing me about Cryptopia, same time.

Been reading Netymology this week, a glossary on online terms from Apps to Zombies by Tom Chatfield. Plenty to like about the lexicon. Would love your thoughts on these two: