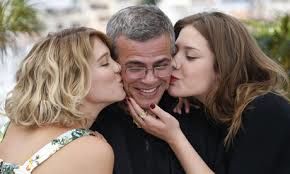 Over the last few months I’ve been composing a clue for Jonathan Green’s Sunday Extra on Radio National. The answer is always a name in the news. (You can catch the conundrum online, or on air – with the winner anounced by show’s finale.) Some recent examples:

As you can see – no defintion is needed. Just the wordplay. But can you play with some of these more difficult names in the news? The first few seem ripe for a rumble, while I’d be mightily wowed if anyone can make a pearl from these last three:

No Stella prizes, just a test of stellar skills. Chance your arm.