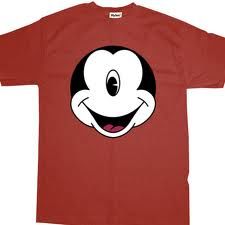 Well, well – quite the bookie-breaker this Storm, a fitting oddity in terms of unplaced favourites. (I for one will be licking my wounds this week.) But let’s get to the numbers, and which players made the best fist of clueing words with odd letters only.

The top six in the open clue section were all five-star contrivances, each deserving its own fanzine. Here’s the tally in ascending order:

YAW = Zigzag railway [Rating high in my appraisal, this subtle trick from Awesome also bags a dozen, from 5 votes.]

COY = Modest charity case accepts nothing [Adroit use of case – one of my new wordplay toys – by Wise Guy, for a 15/6 dividend.]

At this point, added up, we see Wise Guy shading Squeegee by 4 points, however…. Part of the same contest lay in the calibre of word choice, and here the porous one poured on the pressure. The results for best word, in rising order, were ego sum qui sum (5), Mickey Mouse (10), acquiesce (20), cockamamie (20).

Which sees Squeegee pounce with a massive 64 points. Next comes Wise Guy on the sheer strength of stellar clueing, with 38, then Kim K 27 (thanks to a brilliant acquiesce), Moose 20, Cameo Mask 17, Awesome 17, Game 15, Quasimogo 14, Smoky (moi) on 8 and ACE keeping a clean sheet. (Don’t worry ACE, we can plot our revenge for next time.)

A moral win to Wise Guy if clues were the lone yardstick, but Squeegee played the system best – just like those annoying guys at the traffic lights. Thanks for the oddball. Gotta dash. Have a great weekend.