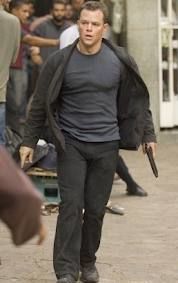 Quiet week, on the blog at least. Since your web host is hitting the highway, first in Albury, and later Lake Macquarie, with a radio cameo in Port Jackson as the pavlova’s cherry. I’ll be talking words – the kind of thing I love – and vouching for the allure of both new titles: Cluetopia and the latest summertime pastiche, Puzzles & Words 2.

If this post appears in time, you may even have a chance to snag a copy. I’m diong the year’s last #daplay with Adam Spencer on 702 ABC, in Adam’s final week. The game is simple. Modify a movie, a song or book title by incorporating a Sydney suburb, or a town in the sweep of 702’s listeners. Conjure the title, then add a brief synopsis. For example:

Even if you miss the play on the radio, then add your own below, as there must be Gregory’s gems to craft. And if you like a more orthodox puzzle to prime your solving week: What well-known film can be split into the surname of two movie stars (neither of whom appears in this drama), beside a famed hunter’s anagram?

Share the best of British stuff here. Like a recent charade, which I may presage my looming week on the wallaby: Get lost in middle of massive crowd (5)

Have a wordy week, dabblers.