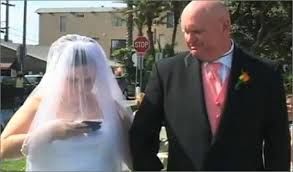 Your blogmeister has been sitting on a secret for the best part of 18 months. Back in May last year, I was part of a brainstorm team tasked by the McCann agency to coin a word. The word stood to be a label for the modern habit of snubbing your present companions in favour of gazing at your smartphone – texting, surfing, tweeting, emailing. That word, as this short film declares, was deemed to be phubbing, or phone-snubbing.

I’ll be talking more about the hows and whos of Operation Phub in a future Wordplay column, as the conspiracy was intriguing, eventually packing a global wallop. (Today the word’s backstory is being declared to help launch the Macquarie Dictionary VI.) deday is being But if you wish to be the phirst to clue PHUB (or PHUBBING), then be my guest. See who can make the phinest.

And if we adhere to this PH-phetish, where PH alludes to things tech, like phone phreaks and phishing, then could phake be a bogus website? Or wolph be an RSVP lecher? Or PH-phancies are also encouraged.