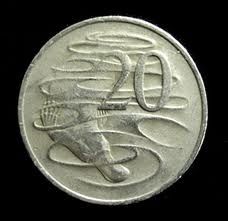 What do those three have in common? Not sure, but this was the anointed trio for the clue-crafting competition, the four winners scoring a swag of books from Allen & Unwin, the publishers of Puzzled, plus a yearlong subscription to a paper of your choosing.

If you’re still holding your breath, a possible winner in the barrel, then exhale. Please. Since the four winners have been selected. Congratz to Susan Downing, Simon Birch, Robert Vere and David Carroll, at least one of whom is a regular Dabbler here, I discovered. Word for word, I’ve listed the winning clues below, plus a few other tangents from other contestants that caught my eye.

While the prizes have gone, and the horse has bolted, what kind of clue can you compose for the three words in question? (And for your sake, let’s hope they’re not super-brilliant, as you may have won something more than website kudos!)

Also like UTTER by Martin Gregory: No parking in golf club, say
(And Stuart Ray on a parallel tack: Quietly expelled from club, say)

Plus Konstanze Kwiet for her LAST SUPPER: Repast plus Betrayal!
Or June Redmond’s punny approach: The final sitting might leave you cross

So, the gauntlent is chucked. Can you eclipse the laureates?