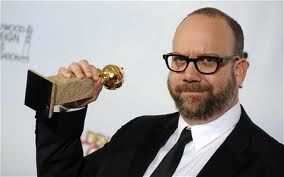 First up, before I reveal the overall results, let’s pinpoint the four true Pauls. Effectively, the combo translated as 4/8/3/2 for these McCoy clues:

BRONZE: It’s an age, but it’s for less than a second

Five players picked Paul’s Bronze, compared to two of you that snagged the master’s Boxing. Meantime none sussed General or Riesling. (A symptom of the stellar clues on offer.) So, for any Sherlocks to pick a Paul, give yourself a point per hit.

As for the con tricks, below is the vote breakdown for the counterfeit clues. It’s too cumbersome to duplicate all clues here. Instead, I’ve cited the category winner, plus the scores for the remainder. Double check your own clue numbers, and notch up two points for every vote your clue attracted. That way we’ll see which phony Paul prevailed.

BOXING (Clue 10) – Fighting to cross over aisle seat in plane [This sly substitution won 4 votes, though I’m struggling to get E from aisle seat…]

Others to poll are Clue 6 with two votes, then singles for Clues 1 and 9.

GENERAL (Clue 9) – Go back! Foot off! Reverse! A learner, officer [This slapstick routine pulled in 4 votes.]

Followed by Clues 1 and 8 with 3 votes each, while Clues 3 and 11 attracted one vote each.

Phew, right? It’s a lot of data to digest, but feedback suggests the Storm formula is worth revisiting, maybe with fewer clues to minimise the admin. Personally I love to think a G-approved Paul-standard treat sits among a host of mimics, and still can’t be nailed for certain. The conceit can only lift the bar, and attune our instincts. And if impersonation is high flattery, then John Halpern should feel rightly chuffed.

So well done all Paul-bearers. Did anyone pinpoint two Paul clues? If you did, you win the Sherlock Sash. Jot up your scores and let’s see who’s our most convincing/conniving chameleon.