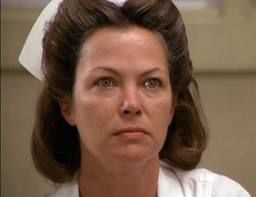 Could this be our closest Storm ever? We may need to rely on an Instagram to determine the winner – or some steroids to ensure one player edges out their nearest rival.

The name of the game was drug-coining. In Category A, you needed to invent a product. And in B, borrow an existing word or name, and give it a pharmacological promise.

While entries were modest by some Storm standards, they made up with funny. The pick of the first batch, in ascending order, are:

DRAMAQUINE: A drug given to calm neurotics such as Julian Clary [Nurse Ratched wins 5 points in 2 votes.]

LOLCATEMOL: Reduces the craving to send cutesy images of animals with unfunny captions to all your social media contacts. [Surely Roche is Rachel K? Or is that a red herring. Either way, the multinational is lol with 6/2.]

TANTIDONE: A drug that calms toddlers and makes them see reason. (Sold out – currently on backorder.) [ER speaks eloquently to any exasperated parent, with a 7/4 score.]

As for the B category, these gags were anything but B-grade. Take a dose:

GRAVITAS: For those unexpected leadership moments [Porlock proves a heavyweight with 4/2 gain.]

CARPEDIEM: Supplement for everyday aches and pains [The enigmatic + accrued 6/3, which is only slightly shaded by…]

…DECADENT: Medicated toothpaste for people with ten teeth [Epi-pen made me lol with this Latino whimsy, earning 6/2]

See the pattern?! Six triumphant tablets for six different winners. That must be a first. As the under-performing Hypo I can’t recall such a precedent. As for the remedial lollies, they must belong to + as he/she earned near-bronzes in both categories with Howzyadaybene and Polyfilla. Everyone else, take a bow. And a urine sample. Thanks for the synethic highs.