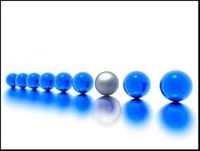 Here’s the game. Email your votes by Friday night 9pm, telling me which four clues you suss as belonging to Paul, the naughty whiz of UK crosswords. Vote for one clue per word, filing the word and number – say RIESLING 8, or GENERAL 1 etc. You can’t vote for your own clue (derr), but let’s hope misled hordes will.

Scoring is democratic. You earn a point for every Paul you pinpoint, and two points for every other player you seduce, clue-wise. As for the lack of explanations – two reasons. One, three of you forgot, so I opted to trim in the name of anonymity. And two, the menu is more concise, and plumbing the clues is part of the joy. (Take your time, as there’s some five-star stuff here, including those of Mr Halpern himself.) Happy sifting.

Emailed votes only please, to build suspense. Also, to help at trophy time, keep track of your own clue numbers as they fell here, since I will announce the tallies and let you step forward to claim your laurel. We’ll see who’s the best sleuth, and the best con artist.

(PS – come stumps, would love your feedback about the contest’s MO. The recipe seems worth preserving, so long as we can streamline the handling.)