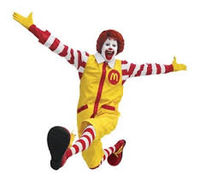 You may have caught the dictionary goss, or spotted your blog host rapping with Leigh Sales on The 730 Report last night, but the Words of the Year are in bloom again.

For some lexicons at least. (The Macquarie has the good grace to wait until the year is done.) Here below's a sample of the picks from the Oxford Dictionaries and Collins. All we need is your fresh clue, using both elements: wordplay and definition in the one neat bundle.

POST-TRUTH - disconnected from objective facts in favour of emotional appeal

ADULTING - playing the role of grown-up, especially the fulfililng of mundane but necessary tasks

THROW SHADE - make a public show of contempt for someone or something, often in a subtle or non-verbal manner

That last one is my tip for Macquarie's WOTY, but let's see how the jury swings. The new words are all yours.