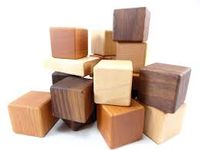 Blame our beloved dabbler Em for this idea, indirectly. A few weeks back she sent a note with a challenge attached: “My three-year-old loves singing the alphabet song at the moment. And her favourite part is J-K, because she knows someone named Jake and you can hear his name as you sing it.”

That started a minor storm in Em: “Cue constant thinking about words that can be heard when you say the alphabet. I’ve found seed/cede, chai, lemon (a bit of a stretch), no, nope, peek/peak/pique, rest, you’ve, wise. Any more?”

That question lies open. Dare you to add others you find, though Em’s list seems pretty ample. But what say we go another step, and toy with words that own three consecutive letters of the alphabet – either way?

Treat this as our own minor Storm (I’m AWOL for formal voting), as well as a unfurling puzzle. Pick a word (or phrase) that has a trio either way and clue it – both definition and wordplay. Let us solve the clue, and please give each morsel a byline and number to tag the clues.

No need to declare whether it’s forward or back. We just need word lengths. Here’s a sampler, from easy to gnarly:

Naturally we can clue the same word, or phrase, multiple times. Though fiRST in, is often best FED… Have fun. (And thanks Em for lighting the fuse.)