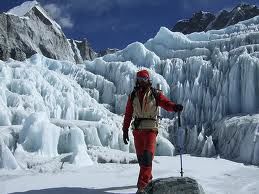 After my Sydney gig tonight (28/1), I’ll be fast making plans for a midnight flit to Kathmandu. Across the first half of February I’ll be gulping for air in places like Lukla (5000 feet above sea level) – and Kalan Patar (twice that, and change). The madness is fulfilling my nagging promise to see the world’s roof after 2 years of book-writing.

Of course, this means the DA blog will be on a low flame for the next 3 weeks. I have preloaded some diversions – though the interim will mostly be pretty quiet. Expect the odd challenge, a self-running clue comp, an extra Birdbrain or two, and the usual bizarre words.

For starters, dipping into the Macquarie’s shortlist for 2013 Word of the Year, who can concoct the best clues (with wordplay and definition) for these:

DIGITAL DETOX – period during which an individual refrains from using digital devices, ie what I’ll be doing in Nepal for 3 weeks

INFOVORE – a person who craves information, especially one who takes advantage of their ready access to it on digital devices

UNDORSE – to make public one’s negative opinion of a politician, cause, product, etc

VAPE – to smoke an e-cigarette

May the best clue steal the limelight. Thanks for the wlies in the meanwhile.