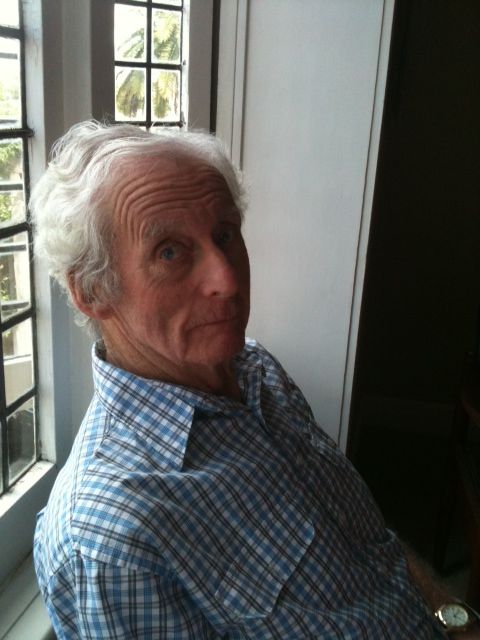 This post is a Salon 21-salute to Captain James Barry Astle. The merchant skipper left us on Friday after a long and arduous struggle. He was 84. Last week, on the same morning, I devoted the festival’s crossword session to my ancestral salt, there at Wharf 3 where he’d once worked. In a previous life, the arts precinct of Sydney had been a maze of containers, bales, forklifts and berthed ships where the Astle boys ran riot. Eerily, it was the right place, and the right venue, to salute a strong and gregarious man.

With the funeral slated for this week, all usual services are suspended. Though I must alert you to the festival’s other wordy session, now available as a podcast. Why Read Dictionaries, asked Mark Forsyth and I. Click here to find out why.

In a dabbler first, the festival also enticed Boniface, SK, RK and JC from the ether – as well as RobT and AC (who kept on the down-low). Thanks for dropping by – your support proved to be a cheering counter to the inevitable news on the homefront.

And if you do feel like a game – I know I do – then let’s play Celebese. If The Lucy ignore the Jude, (The Lawless ignore the Law), or Bad Minnies crash Harrisons (Bad Drivers crash Fords) – then can you construct any other sentences, recruiting two implied surnames? Bylines and numbers please.

And let’s share some Brit crosswords if you get the chance. The latest tide of Times has lapped a very high watermark. And The Guardian has been no less zingy. Have a good week.