Say, Who Won The Tri-Biz? It's All Set Out For You: 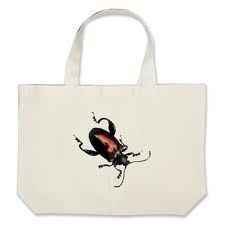 As a rule, bag-beg-big-bog-bug are the stuff of alphabet primers, and not high-quality crosswords. Or if the midgets do sneak in, then it’s rare the setter affords them a fabulous clue. Until this week, when the bar was raised to a new level.

Over 100 entries, from ten-plus artisans, has resulted in a close finale, with the pick of the piccaninnies appearing below:

Some high-risk investments plummet with stocks = SKI [In fact SK1 was SKI, and the surface shines like a black diamond]

BRONZE TIE: Its quoted thus? = SIC [Devious idea from AC, with a touch of SK polish = one dazzling collusion]

SILVER: Welcome people, heading in = HIP [This is a fine clue, that reads so silkily, with a camouflaged definition, from Mauve.]

GOLD: In revolution, secret agent goes to throne = LOO [Jot 007 on the page, then invert, and you see Boniface’s revolutionary idea. Marvellously maverick, with a seditious story to boot.]

Special thanks to three players not here in dispatches – RobT, Lucasta and Ophelia. Crafting clues is an applied art, and I’m sure you gleaned a few extra tips from this top-class Storm. Really loved your play and crossfire all week. Well done AC on a podium debut, I believe, and kudos to the other three recidivists for your elegant zingers.