Shifty Maids of May 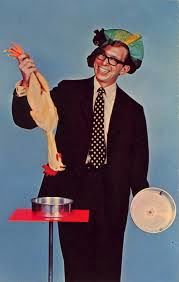 For a change of pace, let's rewire the titles of books and films into rhyme. Die Hard, for example, could evolve into My Card: How I Came To Lose a MYKI and Wear a $85 Fine. Or being more ambitious, we also have:

The Younger Flames - adolescent lovers jailed for too much tonsil hockey

Don't worry about ID-ing your film. (That's part of the fun, as a reader-cum-solver.) Feel free to rhyme the shorter stuff (turning Red Dog into Dead Frog) or dare to dream on the extended titles, where all key words are converted.