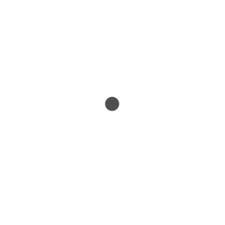 Last night, playing Letters & Numbers at Melbourne Town Hall, I had to grapple with the nine letters above: SINGLEDOT. Bear in mind, this was no conundrum, where a 9-letter word was guaranteed. The battle was to find the longest, such as LONGEST. But was there an 8? Or perhaps a 9…?

Amazingly, the longest words after LONGEST (and SINGLET, and DONGLES, and GLINTED etc) are only a pair of 8s – GODLIEST and SIDELONG. Tricky words both. If you spotted either, then your anagram skills GLISTEN.

But keeping to the letters, this week’s Storm is to clue a word of 5-letters of more that lurks in SINGLEDOT. Feel free to do DINGO, take a stab at STEIN, give TINSEL a try, or engineer EGOIST. The letters are yours to renovate, inspiring the clue you create.

No prizes, no jury – but we shall DEIGN the best as a GOLD LION ONSITE. At the very least, who will conjure the best clue for the 8s – GODLIEST and SIDELONG? LETS GO.