Six of the Best (UK Clues) 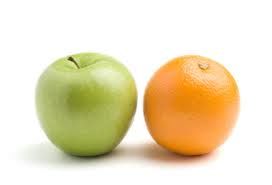 As promised, here are the bell-ringers from 1995, the yardstick by which to measure our own creations for the same six answers. (As you can now see, I’ve managed to transfer the best among our own clues, helping with the countermeasuring, and the general Storm debrief.) So, while these are good – does any Dabbler clue score better? What do you think?

Before we can decide, let’s savour Blighty’s best, all deriving from The Times of that year:

LIONLY: One card missing from pack? Looks like the king
[versus Mr X: “Like Richard I” uttered Leo IX or CL: Royal Jet exclusive!]

LEAP YEARS: Scrabble players with duplicated vowels – they need more time
[RM was getting warm with female proposals and ripe anags, but this UK clue is superlative.]

POLICE BRUTALITY: Introduciton of law into a public riot, yet in the wrong way
[versus SK: Official beat-up deemed true by political spin]