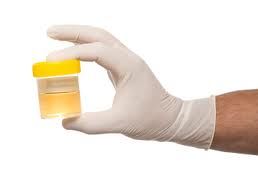 The question nagging every Stormer: which homophonist has now one/won Which? Yet before I blab the victor, let’s toast the most exquisite examples – and then we can toast the mostest.

As it was a fine fury, a fitting scrap for a good prize. Damn it, a prize full-stop. When else has this Scroogy site issued some swag for your sterling efforts? Short answer: never. So a big thanks to Mauve for stumping up the game, plus handling & postage, and a big cheer to all Stormers for a making the contest such a brain-jam to judge. Here’s the shortlist of sound, followed by the MEDDLE MEDALS:

Ponting was bold/bowled coming down the pitch to the spinner. [RK captures a swashbuckler seriously out of form.]

The management of the bankrupt dairy have lost their way/whey. [Bridget Jones Dairy, by RM]

“Blood really is thicker than water” thought detective Gannon, as he retrieved the settled sample from the lab, phialled under pee. [Storm rookie CF gets a dual lavatory laugh.]

The excess high-calorie food went to waist/waste. [A joule from PRS]

I bumped several people when I fell down the concrete steps, and I really felt the hard stairs/stares. [RM’s gag is delayed, like the faller’s impact, but the payoff is worth the wait.]

The Magi honoured baby Jesus with their presents/presence. [Deft, and oh so true, from JD. I mean walking through the desert all night, following some hokey star – surely that should be enough for this kid Messiah.]

The haggis here is just offal. [Short but less sweet, courtesy of Nib.]

The triathlete’s path was rowed, rode and road. [A treble from the same gifted nib of Nib]

Though toothless and swigging moonshine, he wasn’t comfortable with the appellation/Appalachian hillbilly. [Very near to podium glory – a clever echo from IC]

The bankrupt perfume salesman with a case of anosmia had a clear lack of sense/cents/scents. [Master of the 3-way, Senor Nib captures the Storm’s essence.]

Frequent application of hot wax ultimately results in pure brazilians/pube resilience. [Brilliant on two levels – the fused phrase is hilarious, and the surface sense is genuinely ambiguous. Congratz to SK, on the Asian road somewhere.]

As for this week’s Storm, I reckon a clue challenge is due. With one more game of Which to win – thanks to Mauve. So watch this space, this afternoon, for your chance to score this new-wave deck.