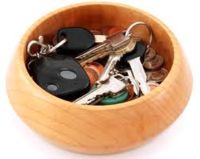 This week’s freewheel Storm – no votes, but untold glory – is a challenge inspired by an RK crossword in the latest Big Issue. (At last your chance to buy the magazine with a selfish motive!) The key clue was this:

Rich change spouse to get well? (7)

The answer is HEALTHY, where WEALTHY swaps its wife (W) for husband (H). A neat & new trick, and one that provokes the question: what other words can get the same treatment?

I see this Storm as two-tier. The first is to create two clues for both words (HALLOWED and WALLOWED) in order to win the best-clue pairing. The other tier is the comical, where you swap a spouse for a droll makeover, such as:

This is a perfect Storm for votes, but my week is too ragged. And besides, there’s something appealing about jousting without a jury for a change. Wave fun with this, and hell done RK on a clever idea.