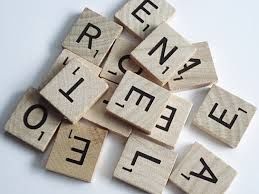 This single-tile Storm was not our SILLIEST – though the RESULTS are the LATEST, that’s for SURE. (More and more weeks are like that, I’m afraid. But who could RESIST that SORT of NONSENSE?)

Anyhow, LET’S START (and stop the ALLUSIONS) to see who won what. After 80+ ENTRIES, among some eight players, some abstaining from the ballot phase, we need to TOAST the STARS:

INTERNATIONAL ROAST = Coffee test for carpet [Astle packs a punch with a double-shot of meaning, earning 5/3.]

REAL ESTATE = Property of beer – unusual taste [This time it was Listerine the player, with a boutique bottler – 9/3.]

So let’s do the TOTALS to see who was our most STELLAR ENTRANT. In ascending order we have Lone Star 2 (despite a fine RITUALS!), Tristan 2, St Stanislaus 3, Strine 4, Listerine 9, Astle 11 and Tootsie 19.

So toot your horn Toots, and a big thanks to all players, including the dazzling abstainers such as Iris O’Toole, Alien and Oustralien. Together we unearthed such wonders as Atlantis, tall stories, Ilie Nastase, Seattle train station and Aristotle Onassis! Ta, Astle (in alias and life). New Storm later today…