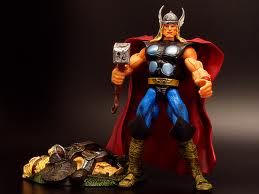 Thanks for the ideas bank, my pen keeping busy jotting most down to try (or kite-fly) sometime down the track. If your brainwave is not a perfect Storm, then guaranteed the inkling could well appear as an open-slather game on some random Thursday.

Just like Mauve’s Ouijam (if we haven’t peaked too early), or Boniface’s Dovetails. Just as keen to plunge into JD’s Cryptomates too, or Emmius Spellius. But with a prize up for grabs, I had to weed the crop down to the cream. And this is how I saw things:

Triple Gold by SK, where all players need to create triptych of kick-ass clues for your word or name of choice. If one is so-so, then the whole is a no-no. Watch out for it.

Outside the Box by Sam – long words earning snappy clues.

Simple Teaser Of Relative Mediocrity. Usually, Em, I’d take that acronym as an insult. But that’s the gist of this STORM on the horizon.

Sam’s Transformers is another smart idea, where CLINTON suggests CL turns into N, or GOVERNOR sees G eclipse NOR. Think about it.

Blurbal Remedy by Nib is converting synopses into crypto-speak. Sorta like an anti-pitch that only pencilheads will fathom. Sly idea.

But OUTRIGHT WINNER of our special Cook-book prize, It’s All In A Word by Vivian Cook, is LR for Splice, which makes my mind tingle at the prospect of Cowboys with Benefits, Friends with Aliens – or Dangerous Bosses and Horrible Liaisons (thanks Mauve). A surefire cackfest we can try around Oscars time maybe. Get hoarding.

Kudos to LR for the AFI afflatus. (If you can send me your most reliable snail mail, I’ll pop Mr Cook in the post next week.) Hearty thanks to all for the Storm we have when we don’t have a Storm, and look for an orthodox tempest next Tuesday.