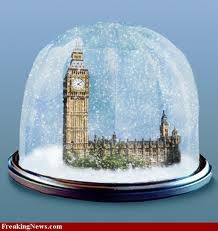 Soon to hit your telly screens, a teaser before the ad break on Letters & Numbers, is the viewer’s Word Mix: PEAK/SEEK. And your clue: Something to help retain your memory.

No shock the answer is KEEPSAKE. But for me, the real souvenir of this anagram is the coupling of rhymes. During the next few games, I was chewing on other examples, where a pair of rhymes is melded into one word.

This post, for example, began with SOON (no/so) elegantly STOWED (do/stew) inside. While in ARCHERIES, heir and scare is your pair. Catchy, right? There must be gems out there.

So ruling out the bleeding obvious – like handstand or backpack – what covert couplings can you unearth? Bearing in mind, this is prime Wordwit fuel, meaning the best of the quest will win a berth in the Herald come October.

To keep all brains clicking, maybe best if we present Comments as puzzles to solve. Such as 1 ROOSTER. There’s your first to uncover. Dabblers, begin your anagram engines…