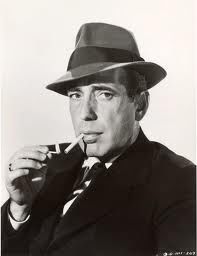 Away we go with Signore Loroso. Enjoy the charm and wisdom of England’s arch-setter Dean Mayer as he holds each homegrown clue to the light. By all means add your own views and counterviews in the Comments page. Let’s treat the Loroso Report as the generous document it is, as well as a launchpad for general cryptic chat.

Different from the original shortlist, I’ve linked creators to their clues, making it easier for you to forecast all players' ultimate fates as we go.

For me this is a perfectly sound clue in terms of surface reading, definitions and wordplay indicator – but it’s better than that; the answer is a far from common word and in a normal cryptic puzzle it should be clued as simply as possible to give the solver a fair chance. The hidden answer trick is arguably the easiest you can use, so that gives the clue extra kudos.

I quite like ‘coverage’ as a sly definition, but I’m not so happy with the wordplay. ‘Blatant’ is fine for BALD, but for the anagram bit I’d prefer ‘China in conflict’ as ‘conflict’ on its own doesn’t have all the desired grammatical bits. On the flight over here I scribbled a note that ‘open’ for BALD would allow a natural segue with ‘conflict in’: Coverage of open conflict in China (9) Even this, however, doesn’t quite hit the mark grammatically, although many editors would allow it.

Nothing at all wrong with the construction here, and there is nice humour in the clue, but the surface reading doesn’t come across as very plausible. It takes a while to see that what’s implied is a nude being on top of a church awning; that seems an unlikely scenario, as does the idea of this actually hurting (rather than damaging) it.

Well at least I now know the pronunciation of ‘baldachin’! This is actually a nicely observed and amusing clue but it lacks one thing. The Spoonerism is pointing to CALLED A BIN but it’s based on using a homophone (otherwise we’re looking for CHALD A BIN) so it’s necessary to add some sort of homophone indicator in the clue. You’d end up with something along the lines of: Spooner sent for trashcan while discussing sunshade (9) It’s wordier, not half as funny, but won’t offend the solving purists.

BOGART: Hogwarts Centre is found near a marsh (JT)

Thank you for giving me about 2 hours of complete torture! It took me an incredible amount of time to understand what was going on here. How, I wondered, could the centre of ‘Hogwarts’ possibly be ART – it’s nowhere near the centre! And where’s the definition? And I’m typing this about two minutes after successfully separating HOG from WARTS, just moving onto my second glass of red wine, still very sober but with a mind full of violence-towards-clue-writer-based thoughts. By that, do I mean it’s a rubbish clue? Far from it; in its twisted way I think it’s sheer brilliance. It could never be used in a crossword series overseen by any right-minded editor, but it’s still brilliant. You don’t win the cigar today, but you can tell your friends – with some pride – that you almost caused Anax to start chewing the fur off the cats he’s supposed to be looking after for a week, you spawn of the devil you.

It was only after looking at these BOGART clues in succession I realised there must be some colloquial definition for the word, and it’s one I rather like (although it’s absolutely new to me). Unfortunately this clue leaves me a little cold. There are two issues. ‘Spooner supporting Simpson’ for GO BART seems OK on first reading, but second time around it’s apparent the tense isn’t right – we’re looking at something like ‘message from Spooner supporting Simpson’ for this bit to work properly. The main difficulty, though, is the clue as a whole, which I just can’t read as a grammatically complete sentence; it seems to have bits missing. This is on the fly now (if you want to know the chronologically unlikely truth – these evaluations aren’t being done in clue order; the red wine glass has been filled four times and there’s now a delicious meal on the table) but I’ll see if I can expand the clue into something more complete: How Spooner encourages Simpson to soak up the spotlight? (6)

The devilishness of this clue isn’t quite as extreme as the ‘Noel’ trick for PARAPH (below) and it’s the sort of device you do see occasionally in British puzzles, probably most likely in the Guardian but even there it would be used in strict moderation. Some newspapers bar it altogether even in its most straightforward form. In the Independent, for example, you can’t even take GRETA GARBO and explicitly state the removal of the letters of RAGE – a subtraction of this type is only allowed if the letters to be removed appear together, in order, in the ‘fodder’ (that is, the GRETA GARBO’ bit). For our purposes I’m happy to accept this clue as it stands, and it’s certainly a clever observation which has been strung together very coherently. A contender? Well, as it stands I can’t see this one struggling to make the top three; even if the subtraction device is bordering on unfair the ‘Aha!’ moment on seeing how it fits together makes the torture worthwhile.

After a lot of brain racking I’m still not sure why the word ‘noir’ is used here, but I’ll hold my hands up if there’s a colloquial link between ‘noir’ and BOG that I’m unaware of. That may be irrelevant to the big picture as I have two small quibbles anyway. ‘Noir graffiti’ isn’t something that conjures up a convincing image for me – I just can’t imagine what noir graffiti might be. And the definition ‘legend’ for BOGART is rather vague.