The Loroso Report - Contumely to Irenic 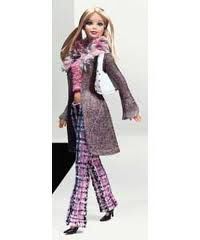 For readers new to the game, this is a chunk from judging notes compiled by UK setter, Dean Mayer. To crossword fans, Dean is better known as Loroso (in the Financial Times) or Anax (The Independent.) The clues he’s scrutinising come from last week’s contest, the three best from the ten players involved.

The real reward in all this, thanks to the breadth of The Loroso Report, stands to be the forum confab the notes inspire, as all of us betray our cryptic aesthetic, or come to see the bias we favour as clue-mongers. Just so long as we maintain the blogosphere motto: Magis lux lucis, minor estus. (More light, less heat.) Let’s begin.

Very nice, very simple, and a good ‘in’ for a crossword where this might be an uncommon word inclusion in the grid. A part of me is wondering if the simple construction is bit over-the-top but the more practical part is saying that shouldn’t be a concern. Yes, the anagram shouts itself and, yes, the anagram indicator is as straightforward as you can get, but I was always told by The Times editor that the crossword should be solvable by ‘the man on the Clapham omnibus’, and surely this clue does exactly that job. Highly commended.

As soon as I read this my jaw hit the floor. No, honestly. Brilliantly spotted definition and accurate wordplay which ties in with it just as brilliantly. In some ways it’s a shame that when a clue is this good there’s little point in writing much about it. It’s done its job superbly and there are no technical concerns. But I will say this to the writer – if ever you feel the urge to submit a sample cryptic crossword to someone, try to squeeze this little gem into the grid; your recipient will see proof of how good you are at clue-writing.

‘Suspect’ has served me well as an anagram indicator on many occasions; it’s misleading and, like ‘supply’, ‘pants’ and other fairly recent additions to that stable can help to make a very smooth surface reading. Here it ties in well with the story that’s being told – however, the more I read it the more I feel that it’s bordering on unnatural; indeed it takes a few readings to understand the grammatical roles some of the components are taking. I’m probably nit-picking really, as I keep focusing on ‘cult money’ and telling myself that anybody involved with such a thing wouldn’t necessarily be (criminally) suspicious. There are lots of odd cults out there (phew – thank god for spell-check) but few are actually illegal. They’re just nutters.

This one reads brilliantly but I’m really not taken by ‘Scotch’ as an anagram indicator. Even if it appeared as an instruction before the word ‘Dundee’ I think it would be on the abstruse side. To scotch a rumour is to put a stop to it, so there’s no suggestion of jumbling. Yes, you can have blended Scotch whisky but the word Scotch is not in itself an indication of blending.

The writer of this clue has demonstrated excellent technique, although the implied unlikelihood of the story doesn’t have me thoroughly convinced. I’d guess that anyone could be described as having an elfin spirit if they’re slightly prone to mischief, and there’s no reason to believe that for an urban dude this would be any more unusual than it would be for a country dweller. This tiny nit-pick is probably irrelevant. Slightly more significant for me is the inclusion of ‘an’. Clues can contain link words or fillers, typically things like ‘with’, ‘for’, ‘from’ etc, which you can read as ‘which leads to/comes from’ but here we can’t really say ‘an’ plays a valid role here. ‘Extremely elfin’ is all that’s needed to indicate EN – indeed such pointers should not be supplemented with potentially misleading filler words, and I think ‘an’ falls into that category.

HAFIZ: Report has held back if he’s a Koran buff (Philth)

Good effort but a bit of a problem child in places. The homophone indicator ‘report’ doesn’t stand up by itself and needs to be extended to something like ‘reportedly’ or ‘according to report’, especially because syntactically it doesn’t match up with ‘held’ which, similarly, needs to extend to ‘has held’, ‘is holding’, ‘holds’ etc. Although the reading isn’t quite as smooth you’d be OK with eg: Reportedly has to hold back if he’s a Koran buff (5)

A lot of shorthand is used in cryptic clueing – little words that can be left out of a clue (making it still valid) but which the solver can mentally re-insert to make sense of things. So for my example we could read: Reportedly has, (which is) to hold back ‘if’ = he’s a Koran buff. If you try that with the original clue you find yourself adding several extra words which the solver couldn’t be fairly expected to guess.

Lovely idea, but I’d see this as far too tough for most solvers. The answer is an obscure word and, arguably, the fodder word SIRENIC even more so. One of the toughest tasks for any clue-writer is to transform a difficult answer into a gettable one by using as simple as possible a wordplay construction, at the same time creating a clue that paints a compelling picture. This is another area where this clue doesn’t quite work for me; I just can’t imagine a beheading being either seductive or pacific.

Observe, opine, object or obey below. Tomorrow: Jejune to Oche