The Loroso Report - Jejune to Oche 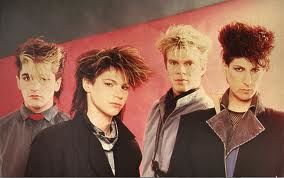 We we start with Jejune, a word for over-simple, and finish where dart throwers start. Though there’s nothing over-simple about the nuanced notes of Dean Mayer, code-named Loroso. Here below is the UK master’s commentary on the next Brainstorm clues. Savour.

JEJUNE: In Paris, I twice ran over a pedestrian (SK)

This is another clue I’d scribbled notes for while on the plane to Italy and realise now, reading them again, I made a small error (I blame the cramped conditions). I’d put big ticks marks all over place – super, misleading, clever, brilliant… and now I’ve noticed one tiny little bit that just takes a little shine off it. Everything is excellent here, but the word ‘ran’ really needs to be changed to ‘run’ to make it top drawer material. The clue tells us that JE and JE are being run around UN – because the past participle ‘ran’ can’t be used arbitrarily in a clue you really need to use the present tense ‘run’ instead. Nevertheless, stormingly good effort; keeping all the components in French while only indicating this once is a great (and entirely fair) touch, and the misleading ‘pedestrian’ is reet bonzer, as they say in t’Yorkshire outback.

Top marks for effort and equal top marks for a brilliant surface image. I’m tempted to put this in the Very Strong Contender category, but find myself hesitating because I’m not sure how closely homophonic MYRMIDON and MURMURED ON are. Mind you, even if I can be convinced that they are close enough, I’m not sure that ‘vociferously’ isn’t overstepping the bounds of fairness as a homophone indicator – being vociferous is more about forcefully driving a point home than actual pronunciation.

99% is just about the right (admittedly rather concise) evaluation for this effort. It has a lovely story concept which is convincing, although perhaps not totally. By my own measures of setting technique it actually gets 100%, but there are some editors who get a bit funny about indicators such as ‘drafting preface’ – they insist that to be totally correct the presentation would have to be ‘preface of drafting’ or ‘drafting’s preface’. It seems odd to me. In November every year I have to waste money on something called a TV licence. It isn’t a TV’s licence or a licence of TV. It’s a TV licence. Of the entire batch of clues I don’t think this will make the top three, but it’s still a very fine effort.

NEPENTHE: Drug one, heading off to penthouse – hideous (Boniface)

This is a really great idea. The surface reading isn’t thoroughly smooth (punctuation has an unfortunate habit of spoiling it) but there’s certainly a good story in there. The first piece of wordplay, the letter subtraction, is good although some editors favour the form ‘one’s heading off…’ The use of the link word ‘to’ is another one where opinion is divided. It can be argued here that it indicates that wordplay component A leads ‘to’ wordplay component B, but some solvers strongly dislike it and claim it can be unfairly misleading. The final part is outrageous but, equally, outrageously funny. As fair warning to the solver it would be better to use an exclamation mark at the end, perhaps in brackets.

Full credit here for taking a difficult word and giving it a very obvious anagram treatment, but the anagram indicator ‘recipe’ is one that doesn’t quite work. The word only exists as a noun and its placement here – to be a valid instruction, anyway – would require its operating as a verb. An easy fix would be to start with ‘Elixir recipe (or Elixir’s recipe) of ethene…’, which would be OK. It’s only a minor quibble in a perfectly solid, if unspectacular, clue.

NEPENTHE: Tackle the Nepean without a drink to forget (JD)

This is almost identical in that its anagram indicator is the weak link, albeit for a different reason. There is a sense in which you could interpret ‘tackle’ as ‘unravel’ (tackle a problem) but it’s extremely specific, and even then the concept of ‘tackling a problem’ has more to do with simply finding a correct way to do/complete a task than actually jumbling up or rearranging things. To its credit, the clue does have a very tasty removal of the letter A from the fodder, which is just the kind of thing that earns a pat on the back from solvers.

I like this clue but if I was an editor I wouldn’t run it. ‘Psuedo Echo’ is marvellous (the band for whom I play bass has Funky Town as a potential addition to the set list) but it’s the way the definition has been presented that’s problematic. When I say that crossword editors look for definitions which are as they would be presented in a dictionary, I’m also saying that this is a fairly recent change which actually hasn’t happened universally. At one time you would typically see a placename defined in terms of its location in the vague for of ‘in…’ – so if the answer was PARIS the definition part of the clue would just be ‘in France’. In the great majority of cases it now has to be ‘city in France’ or the far more difficult (for Americans) ‘capital of France’. So in this clue we have OCHE being defined as ‘on the pub floor’ – not precise enough, I’m afraid.