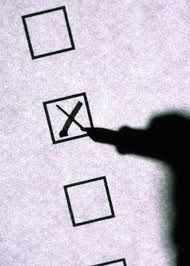 These are three of the five new compilers that left-wing magazine The Nation is putting on trial this month. A rarity on the American newsstand, The Nation takes pride in the cryptic style of puzzle, and has hosted the clues and craft of one compiler – Frank W Lewis – for a staggering 62 years.

This month, Frank passes the reins for a new buck in the cryptic ranks – but whom? Maybe Remi Silk-Knee will get the nod. Or Barney Prey, the fifth of the five now being shown to Nation readers. And you lot, at DA Central.

Click this link, an offshoot of Eric Berlin’s crossword blog, and you’ll be able to download the sample puzzles of the aspiring five. The kooky bylines, of course, disguise the real applicants, though I can tell you BARNEY PREY is a blend of PAYNE & BERRY, two accomplished orthodox setters. As for the others, your speculations are welcome.

So let’s share our thoughts here on the blog. When you can, have a crack at the five, and report back here which setter would get your vote, and why. And just to compare notes, let’s also nominate our 3 BEST CLUES (across all five puzzles) and the 3 STINKIEST. Bear in mind, this is American fare, so the going may be gentler, and several of the references could err on the side of parochial, just as UK and Oz puzzles are prone to do.

Not so much you won’t have fun but. Have a nice day. Enjoy.