The Sex of Lex 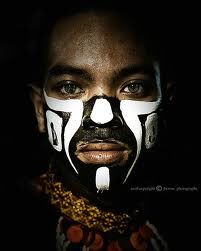 A little while back, an emailer called Cate had a conundrum. A whim, really, that has the danger of becoming an obsession. So be warned, before you read any further.

Cate wants to know whether some words possess a certain gender-leaning. Relax, this is not wymyn’s business, a shesis to rewrite herstory, but a phonetic puzzle. Do some words feel more masculine, or feminine, due to their sound, and ‘mouth feel’ as Cate puts it.

Does such a thesis exist, or is this a fresh playground? Curiously, I recall reading that Mark Okrand created the Klingon language based on an extinct warrior class of Native American people. And languages like German and Arabic have a reptuation for aggro staccato – but what about English words? Are some more femme than homme?

What’s happening here? Is there a poetic theory afoot? And given the puzzle, what words spring to your mind? Does the topic teem with codswallop (which has to be male, just like poppycock), or is there a vein of girlish verity?