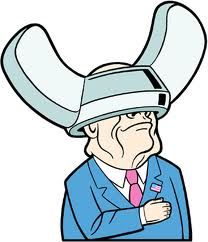 Look for an exciting Storm (with a unique prize) to kick off later today. In the meantime, let’s have some fun inventing fan clubs.

Wholigans, says, believe in The Who, while Beliebers idolise Justin Bieber. Then you have the TV tribes, like Wingnuts hogging West Wing and Gleeks all over Glee.

That’s the game. See who can conjure the sleekest or funniest cult, depending on the musical act or TV show (or maybe even author). The Jamily, I’m told, shadow Pearl Jam. So does that mean Twi-Hards devour Twilight, or Projectors have a soft spot for Charlie Pickering?

Warm up the brain with some other suggestions, then look for our ‘visual’ Storm on the horizon.