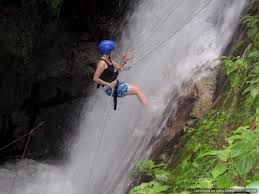 Time to meet SL - our third compiler in the Guest Grid series. As per usual, I grilled the newbie with my standard questions, as well as seeking her own insights into The Cruciverbalist venture. The answers won't disappoint, and nor will the SLap-up puzzle attached, primed for your solving and feedback. Enjoy the Q&A, and the SL XW

How did you get into cryptics?

I started watching my dad solve the Age cryptic when I was about ten and I remember being determined to make sense of all that nonsense. After learning a few tricks from him over the years, I got my first answer when I was thirteen (HAMBURGER – I'll never forget!) and quickly succumbed to a severe cryptic addiction.

Tell us a little about the person behind the initials.

I'm a twenty-five-year-old freelance illustrator with a degree in English and (of course) a job in hospitality. I've just moved back to Melbourne's inner north after living in relative seclusion on the coast for the last few years.

Time for three strange facts about yourself - making sure one is a fib.

[1] I've squatted in an abandoned mental asylum. No electricity.  A basement. It was terrifying.

[2] I once got free tickets to an event that involved having dinner with M.C. Hammer and Kamahl.

[3] I abseiled down a 50m waterfall. And nearly had a panic attack afterwards.

It'd be a toss-up between ABBA and the Harry Potter books. I'm about as ashamed as I should be...

Give us three fave clues, including one of your own.

[1] RELATIVE PRONOUN - What could that be? (Times)

Tell us a little about The Cruciverbalist zine.

Chris and I have met lots of people who are interested in doing the cryptic but consider it an unattainable skill so we've tried to make our magazine and website accessible to beginners as well as veterans. In conjunction with the seminars we've run, where we teach the basics to would-be solvers, the cruciverbalist is meant to broaden the cryptic audience by celebrating pop culture, general vulgarity, and non-traditional clues.

And what can we expect about your crossword?

I've mostly done the Times cryptic so I rely on a fair few British conventions. I've also got a British taste for lewdness, as demonstrated in this puzzle. I'm a big fan of the libertarian style (DA's cryptics have always provided a welcome break from the stodginess of the Times) so you'll find some unorthodox clueing in my crosswords as well.