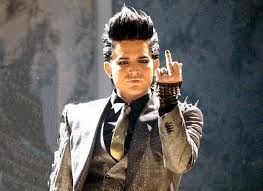 What’s not to like? Last week’s Storm was a stand-out. Over a hundred posts, plus the bonus of a philosophical side-trip, and some ten Dabblers putting their best three clues forward. Before I wheel out the shortlist, and my top three, a few hints that may apply:

NAG – Middle manager is a workhorse [Off and away with okra. Though this can be pared into: Hassle middle manager]

KEY – Cardinal in a Beehive? [Savvy Kiwi-ese from Boniface]

BRONZE for NIX – Duck back in ten [Reads like a fridge message, Sam – lovely stuff]

SILVER for EGG – Key part of getting preggers! [LR is lord of the &lit. A smirk-worthy gem]

Don’t agree? Place your Brownlow votes [3 points for favourite, then 2 and 1 points for your next two] and let’s see who wins the Popular Vote.

A great laboratory. Or I should say lab, keeping to the theme. Big tas, all.