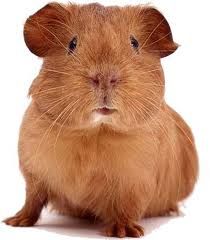 Keeping things Latino for a day, after our Spanish Birdbrain, here’s a curious plea from a bloke named Craig. Please, if anyone has the right classical nous, or detective skills, you may be able to help our stricken correspondent.

According to his recent email, Craig was minding his own business at Brisbane Airport some ten years ago. Out of the blue, a stranger handed Craig a piece of paper with the phrase TRIXACUPIS CAVIAG written on it.

Quoting Craig, ‘I think the phrase is old Latin, but I have not found it in standard Latin dictionaries. The closest I came was “something to do with caged lab rat”, but that’s about as far as I got. I suspect it’s some type of old Latin curse, but why me? And what does it mean?’

Buggered if I know, Craig. I turned to Dr Watson, alias Google, and found myself reading all about a parasite unique to guinea pigs, but that seems unlikely, and besides, the Latin was out of whack, as the blood-sucking mite is actually Trixicarus caviae. Close, but no eureka.

Any other hare-brained theories out there? Did our man in transit cop a Harry Potter spell? A code? An anagram? A practical joke? Were you the stranger, by any chance – or has something weird and gypsy-like crossed your own path? Both Craig and I would welcome your theories, as I sense a mystical column taking shape.