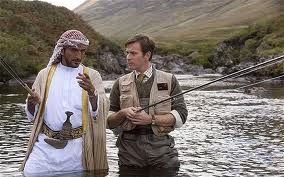 Clever clogs. You swooped on Bobby d in the last Conundrum. So see how you fare with these two kindred brain-curlers below. Both puzzles being with a well-known actor – first and last name – with your challenge to identify the stars. Lights, camera, etc:

[Any more actors to mangle?]

And while movies are in your mind, would I be right in guessing Salmon Fishing in the Yemen deals with salmon fishing in Yemen? Snakes on a Plane had snakes on a plan. This new trend in the bog-obvious makes you conjecture what other films could be renamed. What about:

Three Queens Do a Revue Tour of the Outback

Teen Falls for his Girlfriend’s Mom