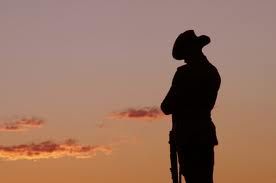 War is hell. This last week was proof, where 13 brave souls put their reputations on the Maginot Line, with only one victor to snare the prize.

Personally I liked the tactical element of picking a word per pair, sacrificing a damn fine partridge (if I can say that) for a fair bureau, which sort of worked, but maybe not as well as I’d hoped. Anyhow, due to the large numbers of soldiers, and targets, I’m going to be brief. Let’s start with that bloody PARTRIDGE:

Davenport serves with authority [A tennis tale from Rissole for an 11/5 booty.]

Chest and back massage by topless escort [Sex sells, as Cookie proves, with our highest clue score: 28/10.]

Go behind studio plant? [Lone Pine gets 12/6 for a flash of Tinsel.]

Hypnosis a scary alternative, on the other hand! [Cookie returns to the limelight with an impressive anagram. The upshot was 16/8.]

Doctor says no physical activity for shrinks [For many, Digger’s anagram was COTS, Clue of the Storm, with a 24/10 homage.]

Red-top goes ballistic over first strike [Three Down – how does that relate to Anzacs – gets a mountain of second votes, so boasting 15/10.]

Fly south with one intent? [That crumby warrior Cookie again: 16/8.]

Bolt more affected after Athens final [Yay. Lone Pine here. I did win one toss at least – for an 18/8 dividend – but will I keep the book? Let’s see.]

Good news. Every soldier scored. (And what happens on tour, stays on tour.) Let’s recite the honour roll in ascending order shall we?

So it is that our golden-syrup icon gets the gold, and the terrific Mark Forsyth read, telling you all about Messrs Sade and Masochs, and which magazine first used magazine. It’s a great odyssey. And this was one great Storm. You’ve all earned your R&R. (Maybe a game here later in the day…) Dismissed!