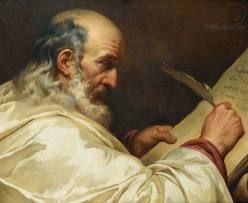 Strewth, mate. That was quite the Storm last week…

Too right. A nice warm-up to a spry 2011, let’s hope, with over 40 entries, and some 70 suggestions for our Non-Australian Dictionary. The idea was to handpick words, or stylise definintions, in a very un-local fashion, meaning Barbecues were opportunities to marinate meat, or Dinky-Di a kitsch royal.

In the washup I chose the best 20, falling short of our alphabetical ambitions, but feeling happily un-at-home with this bunch. In ABC order, with lexicographer attached, we tabulate:

BUDGIE SMUGGLERS – their purpose is to get the birds in, but usually lack sufficient volume to warrant attention [SK]

GAP YEAR – a chance to travel overseas, absorb some culture and earn some money before settling into a gruelling four years at university. [JD]

ROOT – to give loud vocal encouragement to your sporting team. [JD]

Congratz to JD for her swag of six. Thanks for the scholarship across the board, and look for a borderless tempest next Tuesday.