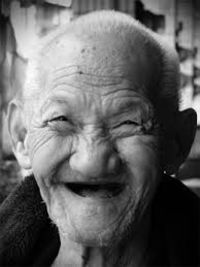 The Meaning of Tingo by Adam Jacot de Boinod, plus such sites as Wordsolver and Listverse, have helped me compile a mind-spinning list of imported words. A little tricky to use many in a sentence, but that also means very few (if any) have ever been clued before.

Before now, that is. Here’s the list, the sources, and the meaning of the exotic platoon. Only the intrepid will venture forth for this low-key, high-strain Storm to convert any of the borrowings into clues. Good luck, bravehearts.

Sobremesa (Spanish – ‘table top’) – conversation the continues after a meal

Bakku-shan (Japanese) – a woman who “seems pretty when seen from behind but not from the front.”

Putzfimmel (German) – a mania for cleaning

Ilunga (Bantu) – person you can forgive twice, but not three times

Sitzpinkler (German – ‘sit-urinater) – man who sits to pee; a fop

Handschuhschneeballwerfer (German – glove-snowball-thrower) – a coward, lit. ‘one who wears gloves to throw snowballs

Who will have the Tingo zingo? Good luck.