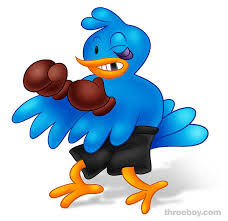 Came across an intriguing recipe in a recent Times clue. The trick relied on splitting a certain letter, reducing W to its familiar half-brother in V. Here's the clue:

Great enthusiasm - not so many half-hearted, by the look of it (5)

The answer is FEVER, a 'half-hearted' adaptation of FEWER (not so many). A neat novelty, and the trigger for today's folly. But instead of crafting cryptic clues, let's get feverish in one of two ways:

[1] Split one word's Ws into a single V, and clue the pair as an entity. Hideous trick, say, would be VILE WILE, while inferior darling is a LOWER LOVER.

Or [2] - split one word's W into a single V, so creating a new word altogether, complete with definition. SPARROV could be a Soviet boxer, say. Just as VINSOME means tipsy on shiraz.

Don't forget to tag your first approach with byline and number, as below. And have a vonderful time, as I'm vayfaring in Sydney at this year's Fest.