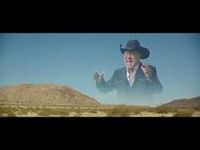 WILHELM SCREAM - stock audio of a strangled yell, as used in films and TV series. [Named after Private Wilhelm - a character in 1953 western, The Charge at Feather River. Though first captured in 'alligator scene' of Distant Drums, 1951.] The next time you hear gurgled cries on screen, that may be a Wilhelm scream in perpetuity.