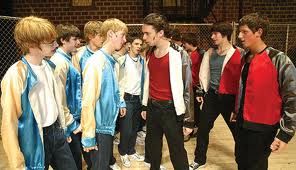 To quash any rumours that my Wordplay column has been put to sleep (in fact a Spectrum ad-shuffle last weekend saw one Books page dropped), here’s a crosswordy one from the recent past. The topic is close to most hearts here at DA.com, namely the two rival gangs of clue-crafting. Said another way, this is a piece to focus on the difference between the Ximenes School (alias the Anax Academy) and Araucaria High.

Of course, the Loroso Report was the trigger. So much rewarding exchange arose from that exercise I felt the urge to share the benefits in column form. Not something I do too often, posting Wordplay on the web, but once you enter the argument here, you’ll see how it serves as a rightful closer – I hope.

Ximenes was a bully in the name of Jesus. Five hundred years ago the cardinal did his best to run every Moor out of Spain. Follow the Lord, he told them, or follow the road back to Morocco. To the Grand Inquisitor, the alternative to baptism was exile, simple as that.

Half a millennium later, Ximenes remains a name held in awe, though this time round in a crossword setting. Derrick Macnutt was a teacher of classics who adopted the Ximenes alias to create the Observer crossword from 1939 till the early 70s.

Yet his greatest legacy is a little red book, published in 1966. The title says it all: Ximenes on the Art of the Crossword. So too the blurb: “The purpose of this book is the ambitious one –perhaps too ambitious – of trying to arrive at a system of principles which can make the crossword more enjoyable and rewarding to solvers….” Hard to find, and a slug to buy (mine cost $75, plus shipping), the Ximenes handbook is held as gospel by most cryptic setters.

According to Ximenean principles, good clues own a precise definition, fair wordplay, and nothing else. Grammar is vital on the surface, and below the line, where the wordplay operates. Things like case and mood and tense must function as pure commands, all roads leading to the answer. Every chosen word needs a reason to exist, and every word should function on a story-level, as well as the solver’s instructions.

Camped outside this manifesto is a whimsical mob known as the Libertarians, my own cult of choice. Our icon is Reverend John Graham, alias Araucaria in The Guardian, who just turned 90 last month. While we seek to honour most of the Ximenean covenant, we also like to play. And experiment. And push the envelope from pillar to post.

To clue Hispanic for example, Araucaria took this tack last month: Latino in fear of Latino? You can see the link, and the laxity. HIS plus PANIC gives the answer, and a gentle chuckle. But a Ximenean would blanch at such wording. Not fair! Not pure! Where’s the verb, etc? This is the crunch. The X-camp worships rigour, while we rule-testers might cut the odd corner in hope of delight. In the end, a solver will choose one style, or both.

Yet strangely, if you drew a Venn diagram of the two schools, the overlap would outsize the fringes of difference. For so-called enemies, we share a lot of beliefs. Both parties strive for lean and deceptive clues. Grammar matters. Word choice should reflect what’s happening at either level. As schisms go, this stand-off is pretty mild, less Bledisloe than West Side Story, a nagging spat between siblings if anything.

Quibbles mainly start with looser definitions. Araucarians, as we’re dubbed, view a phrase like ‘found in hot water’ as a fair nod to TEABAG. Ximeneans on the other hand opt for a squarer dictionary fit, a definition to stand in isolation. By the same token, to the average Libertarian, oxtail can signal the letter X, while a purist would insist on the rectitude of ox’s tail, or a construct sounder by the laws of grammar.

One reason for this rift, I’ve just discovered, is explained by Dean Mayer, an English wordsmith and funk guitarist. When not playing slap-bass, Mayer is a regular setter for The Times. He claims that due to the Times puzzle carrying no byline, “we are obliged to write clues according to a house style, a set of fixed rules, so there is little scope for experimentation and rule bending.” With no name attached to the puzzle, there’s a stronger push for probity in the work, a generic fairness if you like. Add a name, like Araucaria, or initials like the Herald, and you court the risk of idiosyncrasy and/or notoriety. Or bliss, depending on your religion.

Fair summary? Care to add or adjust? The Comments box is yours.